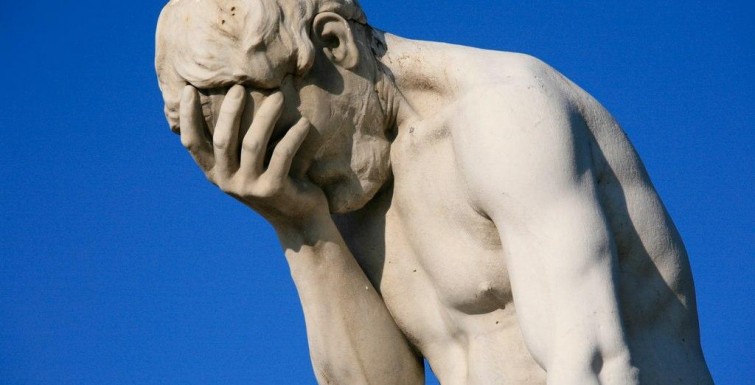 Larah Ritchie wrote this · Share your thoughts in the 2

I went to public school and I’m an entrepreneur.

I didn’t become an entrepreneur because I went to public school.  In fact, I’ve had to do a metric ton of de-schooling over the last, er, lots-o-many years to get here.

Between the ages of 13 and 18, we’re learning how the world works, how to fit into a mini society and how to “prepare for adulthood.”

The problem is high school is nothing like the real world. If we learned all of those super important life-shapey truths in high school, then every thing we learned is a lie.

Truth: Part A: People are human…even the cool kids.

There will always be people that you admire for whatever reason. I admire Naomi Dunford at IttyBiz for having the balls to put a spotlight on what makes her her. Sure, she has great advice, but better yet she offers it to us without smoothing her rough edges and, frankly, she kicks ass at it.  In high school,  I admired the snotty, bitchy girls in school…even though I not-so-secretly wished they would burst into flames on a semi-regular basis. But I was impressed that they could make being a teenager look so freaking easy at a time when life is just plain stupid, clumsy and confusing for everyone.

Part B: Humans are approachable.

Admiration is good. Adoration, not so much. All of these people are human. They’re just like you. Just like me.  They fret, they cry, they throw fits, they watch cheesy TV shows, they get stuck in the bathroom with no toilet paper and they even make total idiots of themselves in public from time to time. We have SO much more in common with them than we don’t.  Kick over the damn pedestal and say “Hi”. You might make a friend or you might find out someone is a total bitch.  But more importantly, you’ll see yourself on the same playing field as them…and that is HUGE!

Lie: The only way to be cool is to be like everyone else.

Truth: Being the odd duck allows you to fly higher.

We live in the land of the naked emperor and no one says a word for fear of standing out. Science implies that there are strong genetic or evolutionary factors that make us feel compelled to conform. But its time for us to evolve past that.  Seriously, just stop it.

Tell people how the world looks through your eyes. You might be surprised to find tons of other people agree that the stupid emperor isn’t wearing any clothes.  Better still, they’ll be overcome with relief that they aren’t the only ones who can see it. You will transform instantly from the quiet, shy little odd duck into the unlikely hero to the voiceless masses.  You may need to go buy a cape.

Lie: You need to learn what is in the curriculum.

Truth:  You can learn whatever the hell you want.

In school, you learn directed learning.  In life, you need to be self-directed.  You don’t stop needing to learn new things after high school or college.  Admittedly, some people do.  But, they never even bothered to learn what a blog is, so you’re not one of them. Those folks never learned to be self-directed.

Never wait for someone to teach you anything.  I learn new stuff constantly by following my curiosity where ever it takes me. Some things I’ve researched over the last few months: Abiogenesis, the psychology of body language, coding in CSS, writing better web copy, optimizing my site for search engines, the history of vampire folklore, meteors, greek deities, intuition. You get the idea.

Side Rant: We shouldn’t have to learn this. Technically, we re-learn it.  Feeding curiosity is as natural to us as children as breathing. Tragically, we squish that beauty right out of their nature so they can fit within the schedules, curricula and constraints for compulsory education.

Want to know how to do something? Read a book. Tinker. Ask Google. Find a mentor or a teacher. Wander. Take a class. Join a discussion group. Oh, here’s a novel idea: Just do it. Figure it out. Whatever you do, don’t wait for someone else.

Lie: Teachers stand in front of class and tell us what we need to know.

Truth: Ever single person on the planet is a learner and a teacher. Yep. Every one. Even you.

Every one of us is also a leader, a mentor and an example to others. Find someone you admire who knows what you want to know and learn from them.  Introduce yourself. Ask them questions. Offer to help them out…genuinely. Find out the path they took to get where they are.  If you can’t to do that in person (say, for example you want to learn to play the guitar like Jimi Hendrix), then study them. Find out what they did right and what they did wrong. Watch how they do what they do, emulate the good parts, eliminate the bad parts. You’ll add your own flavor and personality to it over time.

New knowledge comes to us from every angle. Look around and be open to it.

Lie: Your authority figures will build your box. They’ll pass down their ethics, values, worldviews.

Truth: There is no box. You don’t have to be who or what everyone expects you to be

It’s is all you. Just you. Its your head, and you have live in it all day every day. Its your heart, and you feel it pulling on you constantly. Sometimes it might feel easier just to avoid the battle and do what they want. Forcing your head and heart to go somewhere else is not easier…its stressful and it will kill you…or kill your spirit. Even when you screw up and find out you have no one else to blame…do your thing. Even if it stirs up a hornet’s nest with the people you love, do your thing…not theirs.

I’d bet good money that there isn’t an entrepreneur on the planet that still believes these lies. Otherwise, we couldn’t be doing what we’re doing.  As home educating parents, we strive to create an environment that allows our kids to explore these truths. I can’t imagine how much easier my teenage years and early adulthood would have been if my head had never been filled with such nonsense.  Hopefully, our kids won’t have to imagine it either.

Get my best advice on how to build the business and the life you want.

As a member of my VIP list, you'll never have to worry about missing a post, a free download, or a chance to learn something new.

2 Responses to Lies from High School | The No Toilet Paper, Nakedness & Vampires Edition

I make programs that teach people how to turn what they love into businesses & lives they love.

Read more about me

Skype chat with me

Reach out via email